Contrary to the popular belief, May 5th marks the anniversary of the Battle of Puebla, a date that commemorates the expulsion of the French army from Mexican territory. Surprisingly enough, 155 years later— that same month, but in 2017—, it was now the Mexicans who invaded France. More specifically… Cannes.

In the latest edition of which is one of the most popular film festivals in the world, the Mexican delegation made headlines when they proudly paraded through the red carpet; a moment that immediately became one of the most important events in the history of Mexican and international cinema.

Due to the talent and hard work of renowned actors, directors, scriptwriters, and producers, this has become the new golden era of Mexican cinema.

Celebrating the true date of the Mexican Independence Day, we have compiled a list of some of the most influential and acclaimed Mexican personalities in the film industry today. ¡Viva Mexico! 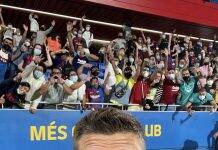