In her new YouTube original documentary, Seriously Complicated, Demi Lovato opened up about some of the darkest chapters of her life. Family traumas, substance addictions, mental health problems—everything is on the table.

Even her extremely public, but little discussed relationship and subsequent split with Wilmer Valderrama.

“I’ve never loved anybody like I loved Wilmer, and like, I still love Wilmer,” the Sorry not Sorry singer confessed.

Lovato, devoted a good part of her documentary to talk about her relationship with Valderrama, 37, explaining how the actor went from being her teenage crush when she was only 17, to becoming the man and love of her life.

“I think it was love at first sight, and I don’t really believe in that, but I believe that it happened,” Demi explained. “We connected on a level that I’ve never connected with anybody before. He was just my rock. My everything.”

The former Disney girl and the That 70’s Show star had a 6-year relationship that began just after Demi turned 18, and surprisingly ended during summer 2016.

“The sparks never faded,” she said about their breakup. “But there are issues that I haven’t conquered yet that I know I won’t conquer if I’m relying on somebody else to take care of the loneliness… It had nothing to do with falling out of love; we decided together we just probably are better as friends.”

Although this isn’t the first time Demi has talked about the fact that she broke things off with him to focus on her health, it also isn’t the first time she’s confessed how important Valderrama was in her life. In 2016, the singer said in an interview that he was a source of healing and hope during some of the worst days of her life.

But today, Demi an Wilmer are just good friends.

This was confirmed earlier this year after she posted a photo alongside her ex, making it clear to the world that they are “best friends no matter what.”

Could Wilmer and Demi give their love a second shot once she finally conquers her personal issues? 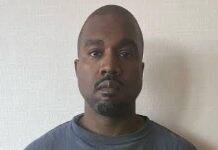