On Sunday night, Kim Kardashian was stuck to a phone, and not because she was taking selfies!

Mrs. West, Selena Gomez, and Ellen DeGeneres were some of the celebrities who answered phones to received donations during the charity event One Voice: Somos Live! A Concert for Disaster Relief.

The concert and telethon, which took place in Los Angeles, was a special event organized by Jennifer Lopez, her ex-husband Marc Anthony, and her boyfriend Alex Rodriguez, to raise funds to help victims of the devastating hurricane that destroyed Puerto Rico.

“Tonight, we are all here as one voice, to declare loudly and clearly in English and Spanish to every man, woman, and child in Puerto Rico and beyond that you are not forgotten, you are not alone,” JLo, whose parents are hail from Puerto Rico, said. “We are all here to help not just because you are Americans but also because you are family—familia,” she added in Spanish.

Artists like Demi Lovato, Bruno Mars, Ricky Martin, Daddy Yankee, among others, took the stage of this historic show that, for the first time ever, united stations like NBC, Telemundo and Univision.

After many house of live broadcasting, One Voice: Somos Live! raised over 30 million in donations. According to the organizers of the event, all the help will be donated to organizations like Feeding America, Save the Children, Habitat for Humanity, Unidos for Puerto Rico, United Way, American Red Cross and Unicef.

“Thank you for everyone who tuned in and donated,” the Bronx diva wrote on her social media. 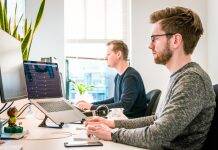 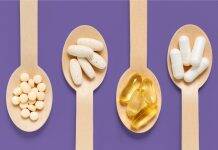