This, without a doubt, was the weekend of getting-back-together’s! Not only did Naya Rivera pulled the plug on her divorce, but Disney alum Hilary Duff, has also decided to give an old love a new shot.

On Thursday, the Younger actress posted on her Instagram a photo gallery of her birthday celebration, where her ex, Matthew Koma, made an unexpected, but very exciting, special appearance.

Understandably, fans of the couple couldn’t hold their excitement given their alleged rekindled love, especially after Koma himself shared a picture next to Hilary on his social media.

“#tBt birthday girl,” he simply captioned the picture that already has over 8,500 likes.

And like if these explicit images weren’t enough confirmation on their romance, a close source to the couple told E! News that the actress and the musician are, indeed, back together.

“Since Matt got back from tour, they’ve been seeing each other again. Him being gone on tour was the main reason things didn’t work out the first time around so now that he’s back they picked up right where they left off.”

Another source added: “He took her on a romantic dinner date for her birthday, bought her a guitar, and was at her 30th birthday party,” just like she confirmed with a picture showing off her brand-new instrument.

Duff and Koma first confirmed their relationship when they walked down a red carpet together back in January. The couple soon ended their romance after things unexpectedly cooled off in March. Just a couple months after that, in July, Hilary was seen cuddling up with CEO Ely Sandvik. But this cute birthday celebration makes it clear that there’s still Hilary+Matthew for a long time.

Do you think they’ll last longer this time around? We sure hope so! 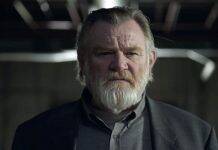