While many say that Justin Bieber should think before he inks, it is clear that the Canadian pop star is a big tattoo aficionado. But this time, he may have taken things a bit too far.

At least that’s what many of his followers said after seeing the latest picture the Sorry singer posted on his Instagram account debuting his news ink—a massive tattoo across his rib cage and stomach area.

The new tattoo incorporates some old tattoos, connecting with the vicious lion and bear heads on both of his pecks, as well as the large baroque-themed cross in the center of his chest. His waist band now includes and eagle, a sun peeking through clouds, a spooky skeleton, gothic arches, two angels, swirls of varying sizes, and the words “Purpose” and “Son of God”.

The Gothic inspired piece of work is the handiwork of Keith “Bang Bang” McCurdy, often identified as a celebrity tattoo artist and one of the best in the business. The flesh mural took a total 26 hours over the course of three consecutive days.

The reaction from millions of Beliebers ranged from mourning to acceptance and joking about his transformation.

“Okay so I’m totally not attracted to him anymore after coming across his insta and seeing this,” Kerry Bogues clacked into her keyboard.

“I do not know why everyone is against Justin for those tattoos, it’s supposed to be his body and his decision,” Cindy Mallette said.

“There is a lot of weird stuff happening on this bathroom sink Justin,” Kelli XOXO stated.

Love it or hate it, Biebs’ controversial tattoo post already has over 3 million likes on Instagram. And counting. So, there you go!

Natalie Portman will be back in the MCU in Thor: “Love... Breaking the Internet: Instagram Shares The 10 Most-Liked Photos Of 2015 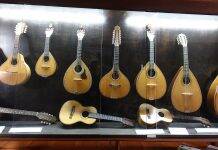