Lionel and Sofia have the perfect father and daughter relationship: they love each other, they are close, and apparently, they are also best friends—just take a look at the model’s Instagram, full with pictures next to her daddy, and you’ll know what we’re talking about.

So, it shouldn’t come as a surprise that, after learning that her baby girl is dating 15-years-older and father of three, Scott Disick, Lionel isn’t exactly thrilled.

“Have I been in shock?! I’m the dad, come on,” the Hello singer told Us in an interview. When asked if he was happy for the new couple, the multi-Grammy winner confessed, “I’m scared to dead, are you kidding me?”

And although the new American Idol judge didn’t say more than the above, an unknown source clarified the singer’s not-so-ambiguous comments. “He thinks Scott is the worst person she could ever see and that he raised her better than that,” the informant told People magazine.

And it’s not just Disick’s “playboy ways” what has Lionel Richie worried. “Sofia is much more invested in the relationship than Scott. Scott isn’t treating this as a long-term relationship whatsoever,” the source said. “He still has Kourtney at the top of his mind all the time.”

The news of the controversial romance between Scott and Sofia became official just a few weeks ago, when they both took to Instagram to finally confirm the relationship that had been suspected for several months at this point.

In fact, rumors about Scott and Sofia began almost at the same time as those of Kourtney and Younes, her current boyfriend, who have also been seen out and about and very much in love.

Maybe Scott is just trying to make Kourtney jealous. If so, it is obviously not working. 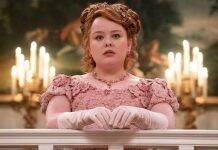