What was supposed to be an innocent interview to promote Ivana Trump’s new memoir, Raising Trump, turned out to be the ultimate “bashing Melania” episode.

Donald Trump’s first wife sat-down with ABC to talk about her new book, which documents her journey from growing up under in Czechoslovakia to marrying the future president of the United states and raising their three children together.

But like anything else related to this family, drama found its way. This time, the victims of a Trump’s sharp tongue were not Mexicans, nor Muslims, nor dreamers, but the very wife of the tycoon-turned-politician.

“I have the direct number to White House” Ivana said after revealing that she talks to the President about once every 14 days. “But I don’t really want to call him there because Melania is there and I don’t really want to cause any kind of jealousy or something like that because I’m basically first Trump wife, OK? I’m first lady, OK?”, she told ABC, laughing.

The words of the self-proclaimed first lady may seem like an innocent joke to some and a mere marketing move for most (of us). The words, though, seem to have hit a nerve with Melania Trump, who, unlike other times when she’s stayed above the fray, isolating herself from negativity and criticism, fired back via a statement from her communications director, Stephanie Grisham.

“Mrs. Trump has made the White House a home for Barron and the President. She loves living in Washington, DC, and is honored by her role as first lady of the United States. She plans to use her title and role to help children, not sell books,” Grisham said, adding, “There is clearly no substance to this statement from an ex, this is unfortunately only attention-seeking and self-serving noise.”

Ivana and Donald Trump married on 1977, and immediately became leading figures in the New York society during the 80’s. They had three children together: Donald John Jr, Ivanka Marie, and Eric Frederick. Ivana filed for divorce in 1991. She remarried two more times after Trump.

But even after 26 years since their divorce, it seems like there still may be some unresolved issued between The Donald, his first and his current wife.

Does this mean Ivana will lose her phone privileges? We’ll see! 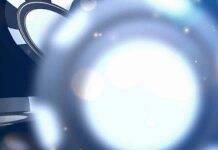