Queen B will literally be the queen… of the jungle!

The full cast of the new live-action version of the Lion King has finally been revealed, with Beyoncé Knowles-Carter joining the “circle of life” in the role of Nala.

The news was announced by Disney on Wednesday, November 1 through their social networks. The “Formation” singer confirmed the news on her Instagram and Twitter as well.

The cast also includes Atlanta star, Donald Glover, in the role of Simba, Chiwetel Ejioforo as Scar, comedian John Oliver in the role of Zazu, Billy Eichner as Timon, Seth Rogen as Pumbaa, and John Kani in the role of Rafiki.

James Earl Jones, who played Mufasa, father of Simba, in the original version, will reprise his 1994 role in the iconic children’s film remake.

“It is a director’s dream to assemble a talented team like this to bring this classic story to life,” director Jon Favreau said in a statement.

The original version of the Lion King premiered 23 years ago and it immediately became one of the highest-grossing animated films of all time, with a box office total of over $968 million. The legendary Disney film also inspired a musical that has won six Tony Awards and that is celebrating two decades on Broadway this year.

The live-action version of the Lion King will open summer 2019. 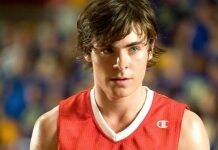