We finally know the “real” reason why Chrissy Teigen didn’t make it to this year’s Victoria’s Secret Fashion Show.

After announcing the news of her second pregnancy on Instagram, Chrissy Teigen finally revealed a snap of her already notorious—but very well-hidden—growing baby bump.

“Very excited to not have to hide this anymore. Everyone I told first was like ‘Uh yeah, we knew thanks,’” Chrissy wrote posting a mirror selfie she shared on her Snapchat.

Luna Legend, 16 months old, announced to the world the news that she will become a big sister in an adorable video posted on the model’s Instagram page on Tuesday afternoon.

“Luna, what’s in there?” Chrissy can be heard asking her daughter in the video that already has over 3.5 million views. “Baby!” the tot replies, looking at her mummy’s tummy, who—confirming the obvious—captioned the video “It’s John’s!”

According to sources close to the couple, Teigen, 31, and Legend, 38, have been hoping to expand their family “for a long time.”

Just a few months ago, the “All of Me” singer opened up with Cosmopolitan magazine about the issues he and his wife have faced when trying to naturally conceive a child.

“You want to feel like everything’s working properly and want everything to be perfect, but sometimes it’s not,” he said. “I would not say we can’t conceive naturally, but I would say that it’s enough of a challenge where it felt like we needed help.”

The multiple-Grammy winner added, “We’re lucky that we’re living in an age where we can conceive in other ways. [IVF] brought us Luna and hopefully it will bring us a few more awesome kids, too.”

And although neither John nor Chrissy have confirmed the conception method, all we know is there’s a new baby on the way and we couldn’t be happier! 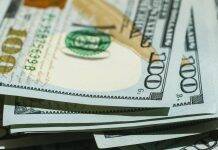