As if playing one of the most powerful sorcerers of Harry Potter’s magical world wasn’t good enough accomplishment for his resume, Jude Law could now join the cast of one of the most anticipated superhero films of the moment.

According to Variety, the actor is in negotiations with Marvel and Disney to join Brie Larson and the rest of the cast of Captain Marvel.

The movie based on the homonymous comic follows the story of Brie Larson’s character, Carol Danvers, an Air Force pilot who gets her superpowers after her DNA fusesm with an alien’s after an accident. Law would play Doctor Walter Lawson, better known as Captain Mar-Vell, Larson’s character’s mentor.

Other actors confirmed for the film are Samuel L. Jackson, reprising his iconic role as Nick Fury, and Ben Mendelsohn playing a yet unnamed villain.

Captain Marvel, the studio’s first female-fronted stand-alone, is set to hit theaters on March 8, 2019 in the U.S.

This would mark the second major tentpole part the British actor has landed this year after getting the role of young Albus Dumbledore in “Fantastic Beasts: The Crimes of Grindelwald.”

In addition, Law has just wrapped shooting Woody Allen’s next movie, starring Elle Fanning, and is about to start shooting the spy thriller The Rhythm Section with Blake Lively. 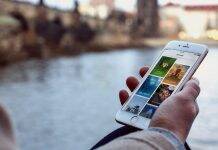