Being a reality TV sensation runs in the family!

Dram Kardashian is ready to star in a bran new reality show alongside her mother, Blac Chyna. The 29-year-old beauty is working on a show that center on her personal life with her two children.

“Blac Chyna is going to do a new reality show in 2018, that’s almost a certainty,” a source told Us Weekly. “Dream will be able to be on the show.” The insider added: “Nothing is being filmed yet, though, and a network hasn’t been locked in. But there’s a lot of interest in doing her show.”

This wouldn’t be Chyna’s debut on a reality show—not even Dream’s, for that matter. They’ve both already appeared in KUWTK alongside Rob Kardashian, Chyna’s ex-fiancé and father of the 13-month-old. They also starred in their own spinoff series, Rob & Chyna.

In addition to her upcoming show, the model—who is also mom to King Cairo, her 5-year-old son with Tyga—is also focused on her music career. “[That] is her priority,” said the source, adding that Chyna could release her music sometime during the “first quarter of next year.” 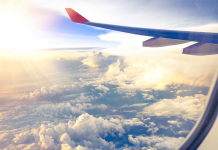