One of the oddest couples of 2017 has finally come to its inevitable end.

We’re talking about Scott Disick, 34, and teenager Sofia Richie, 19, who according to reports have split after dating for only three months.

While the colossal age difference—15 years, to be precise—definitely played an important part in the split, the relationship ultimately died out due to a truth we all already knew (or at least we suspected).

“[Scott] obviously is still not over Kourtney,” an insider told Radar Online.

The news comes as no surprise. Despite the seemingly definitive breakup with the eldest Kardashian and mother of his 3 children, Scott has made it clear over the years that Kourtney K. will forever be his #1 girl.

“She’s like the only person I’ve ever loved in my life,” Scott confessed during the 10th anniversary special of Keeping Up With the Kardashian. “I think she’s cute and stuff,” he continued, affectionally rubbing Kourt’s back.

Scott and Sofia began dating officially back in late September, even when neither the Kardashian-Jenner clan nor the young model’s father, Lionel Richie, approved of their odd romance.

But today, after three months together, endless PDA pictures, and having travel around the world in private jets, everything seems to indicate that Scott + Sofia is no more.

While neither Disick nor Richie have confirmed—or denied—the rumors of their breakup, the couple hasn’t been spotted together since mid- November, and they even spent Thanksgiving apart.

Could this be a new (for the hundredth time, tho) chance for Kourtney and Scotts never-ending romance? Hope dies last, fellas! 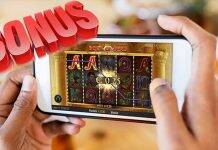