Ladies—if a mysterious handsome guy introduces himself as William while you’re waiting in line for your coffee, chances are you’re talking to Brad Pitt!

The 54-year-old actor and now a single man, uses his actual given name (his full name is William Bradley Pitt) when he introduces himself when he meets a beautiful woman. Or at least that’s what happened to one lucky, lucky fan, according to a source from The New York Post.

“He arrived by motorcycle, wearing sunglasses, jeans and a leather jacket,” said an eyewitness of the peculiar yet casual encounter in a coffee shop in Los Angeles.

After the mysterious woman introduced herself as “Lydia,” according to the source, Pitt “putt out his hand and said, ‘Hi, I’m William.’” She then replied, “Oh, you look like a Bradley.” And he responded, “Well, that’s my middle name” and smiled and winked at her.

As Lydia left the store, she reportedly said, “Nice to meet you, Bradley— I mean William.”

“He laughed to himself, then got on his bike,” adds the source.

The fan-fiction-like encounter comes more than a year after Pitt’s estranged wife Angelina Jolie, with whom he shares six kids, filed for divorce after only two years of marriage and a 12-year relationship.

On August 2017, a source told E! News that “the divorced is not moving forward right now,” adding that Jolie and Pitt “are taking a breather and seeing what happens.” 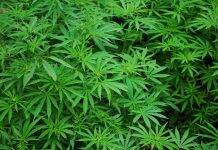 How Does Marijuana Affect Your Mind And Body According To Science