What do you give the parents of a baby girl who give each other stock for the most powerful companies in the world as a Christmas present? An equally extravagant gift, that’s the answer.

According to The Sun, Beyoncé and Jay-Z have sent what is probably the most over-the-top the still unnamed baby West has received—as of now. It’s a Lorraine Schwartz diamond bracelet with an estimated value of $21,000 dollars. According to the outlet¸ the exclusive piece of jewelry was customized with the number “3”, in reference to Kimye’s third offspring.

“Beyonce and Jay could not be more pleased for them, they can’t wait to meet the little one, and have sent them this gift already,” a source told the outlet. “It shows they have all moved on from the past, and they are ‘familia’ once more.”

The “humble” gift could be a confirmation that the year-long feud between Jay-Z and Kanye has finally come to an end, especially after Mr. Carter hinted in a recent interview with The New York Times that he wanted to bury the hatchet.

“That happens,” Jay admitted about there being tension with West. “In the long relationship, you know, hopefully when we’re 89 we look at this six months or whatever time and we laugh at that […] There’s gonna be complications in the relationship that we have to get through. And the only way to get through that is we sit down and have a dialogue.”

In October 2016, the rappers’ longtime friendship took an unexpected turn after Yeezy venture on his relationship with Jay-Z and Beyoncé on stage during one of his concerts. West accused the couple of not even calling Kim after the Paris robbery, and he also claimed that their children were not playing together anymore.

However, the opulent bracelet may have changed things for the better. “Kanye is over the moon as he has always considered Jay-Z his ‘big brother,’ and Beyoncé has always been one of his closest friends,” the source said. “It’s only a matter of time before the playdates begin.”

Taylor Swift enters the Guinness Book with the release of ‘Midnights’ 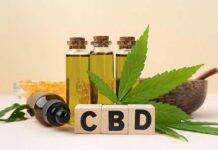 How to Find the Best Organic CBD Oil?