Forget about being friends with your ex! Gwyneth and Chris have taken their “conscious uncoupling” to the next level.

The always unconventional Gwyneth opened up about her 10-year marriage to Codplay frontman in an on The Late Show with Stephen Colbert on Thursday night. And things got a little weird Paltrow.

Speaking of their split in 2014 and their eventual divorce in 2015, the actress and producer said: “He’s really like my brother, we’re very familia. It’s nice, it’s great.”

Listen— of course we are happy that things are doing so well for the ultimate real-life modern family! But it’s hard to ignore the fact that it is precisely the man with whom she conceived two children, Apple, 13, and Moses, 11, whom Gwyneth today refers to as “her brother.”

That being said, it’s clear that achieving that “incredible” level of “sister-brother” relationship hasn’t been entirely easy for the peculiar couple. “Divorce is terrible, it was very painful, it was very hard,” Paltrow admitted. “We really genuinely wanted our children to be as unscathed as possible.”

She added: “We thought if we could really maintain the family even though if we weren’t a couple, that was kind of the goal and that’s what we’ve tried to do.”

And as further proof that her romance with Martin is ancient history, the Oscar winner recently confirmed that she is engaged to her producer boyfriend, Brad Falchuk, after dating for 3 years. The couple announced the news on the Love & Sex issue of her magazine, The Goop.

As for Chris Martin, he has certainly shown that he’s moved on with his life after the mediatic divorce “conscious uncoupling” with Gwyneth. Since October of last year, the musician has been romantically linked to the Fifty Shades Freed star, actress Dakota Johnson.

If only we could get along with our exes as well as Gwyneth does! 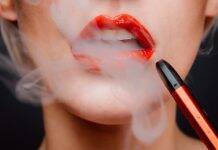