Kim Kardashian changed her look almost as fast as she takes selfies. But her latest hairdo, “Bo Derek braids” from the 1979 film 10 in the words of Kim herself, have unleashed and authentic Mean Girls feud of the digital age.

Perez Hilton’s Instagram comment section became the scene of a virtual confrontation between Kim Kardashian and Linsday Lohan. The celebrity blogger decided to share a screen capture of the KUWTK star boasting the controversial cornrows.

“Kim K’s new look. Thoughts????,” Hilton captioned the post. And although accusations of cultural appropriation after giving credit to a white woman for a classic black hairstyle poured on Kim left and right, one particular response caught the attention of the Internet: that of her 2000’s enemy, Lindsay Lohan.

Sure—the comment is nowhere to be as sassy as anything else we’ve already seen on social media, but it was passive aggressive enough to ignite Kim’s fury, who didn’t take more than a few minutes to K.O. Lohan with a savage clapback. “@lindsaylohan you know what’s confusing… your sudden foreign accent.”

Kim’s outrageous response is a reference to that strange moment when Lindsay suffered from the “Madonna effect” and she suddenly abandoned her American inflection to start babbling in the most bizarre accent during an interview back in 2016, after living in England for a few months.

“It’s a mixture of most of the languages I can understand or am trying to learn. I’ve been learning different languages since I was a child. I’m fluent in English and French can understand Russian and am learning Turkish, Italian and Arabic,” Lohan told The Daily Mail as an explanation for her new accent.

Whatever it is, it feels like 2007 again, and Kim Kardashian has positively gained herself the title of the new Regina George of social media! 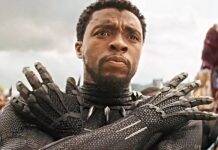 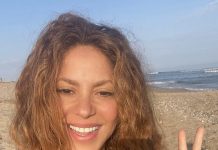