Once upon a time in 2016, there were hints that Charlie Puth and Selena Gomez had something a little more than a pop hit together. Rumors of their alleged romance swirled online that the pair were romantically linked, but they quickly disappeared, without leaving evidence of their accuracy.

And although almost two years later, Selena still hasn’t confirmed the fling, this time, Puth didn’t hold back on sharing the painful details about the “quick” romance with his fellow singer, as documented in their duet “We Don’t Talk Anymore.”

“I don’t kiss and tell, but the only way a song like that can come across as real is if there’s something else going on behind the scenes,” Charlie said in an interview with Billboard. “And that’s what was happening. Very short-lived, very small, but very impactful. And it really messed me up.”

“I’m trying to put this the best way possible: It wasn’t like I was the only person on her mind. And I think I knew that going in—what I was getting myself into.”

And if you’re thinking that “other person” in Selena’s mind is Justin Bieber—with whom she rekindled their love in 2017, just a few days after calling it quits with The Weeknd after dating for almost 1 year—you’re probably right.

‘Why’, you ask? Because the timing makes sense. Oh, and also because back in March 2016, Charlie did shout the words “f*** Justin Bieber” at one of his concerts—while singing “We Don’t Talk Anymore.” Coincidence? We don’t think so! 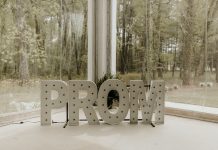 How should I prepare the day before prom?