If you follow Bella Hadid on social media—or if you just have a bit of common sense—, you know that her Instagram is a collection of steaming snaps of the young model, with hundreds of thousands of comments below each post. But among the many messages from her fans, there are some that simply can’t go unnoticed—especially when it comes from an old love trying to rekindle their romance…

On Valentine’s Day, the catwalker shared a provocative video on her Instagram, wearing nothing but a sexy lingerie ensemble, looking over the New York City skyline. “Happy VDay to myself too I guess,” the youngest Hadid captioned the video, referring to her single status.

As expected, the post garnered more than three million view, and an equally impressive number of comments. But fans of the model were quick to notice the name of one of her many admirers among the many comments— her “ex” boyfriend’s, New York Giant Odell Beckham Jr.

“Valentine’s alone… the best way,” OBJ replied to Bella—with a wink emoji for added effect, of course. Does this mean he’s trying to pick up where they left off?

Shortly after calling it quits with The Weeknd in November 2016, Bella Hadid, 21, and OBJ, 25, sparked rumors of romance after they were spotted attending a UF 205 together. And though the rumors went away just as quickly as they arrived, it’s clear that Beckham is once again shooting his shot with Hadid.

At the time of her split for The Weeknd, Bella was hurting too bad, according to sources close to the it girl, which would explain why things didn’t work out with the NFL player. But considering that just in the last seven months the beautiful model has been linked to Drake, boxer Anthony Joshua, and fellow model Jordan Barret, maybe this time around OBella will actually happen.

Oscars 2023: See who are the nominees for the awards 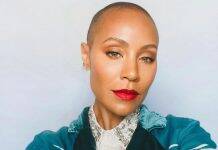