No matter how amazing you may look, how long you spent on getting your hair and makeup done, not even all the work that went into just getting invited to the event, you now wont be able to show off with your followers that you walked down the red carpet of Cannes Film Festival. At least not with a selfie.

According to Variety, selfies are now prohibited on Cannes. The new rule was imposed by Thierry Fremaux, artistic director of the prestigious French festival, who is concerned about the dignity and glamour of the festival.

“On the red carpet, the trivial aspect and the slowing down provoked by the disorder which these selfies create tarnishes the quality of [the red carpet] and of the festival as a whole,” said Fremaux.

Thierry Fremaux has been attacking selfies for quite some years now. In 2015, the artistic director first tried to “limit” the number of selfies taken on the red carpet.

“We are waging a campaign to slow down the contemporary practice of selfies on the red carpet and the steps. Beyond what we think, it’s a practice that’s often extremely ridiculous and grotesque,” Fremaux condemned. 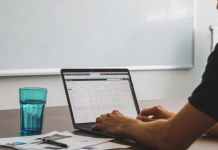