Margot Robbie will bring Shakespeare to the 21st century with a new series that will re-tell the stories of the iconic playwright, narrated from a female perspective. The project, from its creation to its production, will be headed by an all-women team.

The production company of the “I, Tonya” star, LuckyChap Entertainment, has joined Australian Broadcasting Company, Hoodlum and ABC Studios International to bring the currently unnamed 10-episode series to television.

The project will modernize Shakespeare’s stories to be a commentary on modern society and to highlight Robbie’s native Australia’s cultural diversity.

“We are thrilled about this Australian partnership as an opportunity to showcase unique, distinctly female voices in writing, and to demonstrate the high quality of the Australian film and television industry,” LuckyChap Entertainment said in a statement.

The project, currently in development, will be produced in Australia, with filming to begin in late 2018. The release dated for the series has yet to be announced. 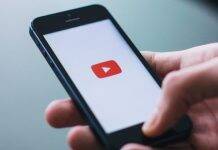