Just so you know, being the sexiest man alive doesn’t give you the right to online-bully your ex-wife, Mr. Shelton!

On Tuesday morning, the country singer and The Voice coach Blake Shelton took to Twitter and shared an ambiguous message that might as well said “pulling a fire alarm” ‘cause, man, it’s got everyone’s attention!

“Been taking the high road for a long time. I almost gave up. But I can finally see something on the horizon up there!! Wait!! Could it be?! Yep!! It’s karma!!”

Is he shading Miranda Lambert’s over her rumored romance with a married man?! WHAT?! Ok, ok. A little backstory first.

It all started three years ago, in 2015, when Lambert and Shelton decided to go their separate ways putting an end to their four-year-marriage, allegedly (although never confirmed) because she had cheated on him.

Shortly after their high-profile divorce, the Over You singer began dating R&B musician Anderson East. The couple happily dated for two years and even collaborated professionally duetting on Pushin’ Time and co-writing Getaway Driver and Well Rested, which were all featured on Lambert’s 2016 album, The Wight of These Wings.

But the relationship came to an abrupt end just a couple weeks ago. Although, apparently, Miranda quickly got over the sad breakup, as she is now dating Evan Felker, neo-folk musician from the group Turnpike Troubandours. Oh, and also, a freaking married man.

While their relationship was just business at first—his band served as the opening act on Lambert’s current Livin’ Like Hippies tour earlier this year—Miranda and Evan began “spending a lot more time together,” a source told US Weekly, which eventually led to his divorce from Staci Nelson.

“Miranda stole Evan from Staci. There’s no doubt about it,” a close friend of Nelson’s told the Daily Mail. “She trusted Evan and had no worries that he would ever be unfaithful to her,” added the friend.

So, was Shelton taking a dig at Miranda with that cryptic tweet? We’re going to go ahead and say heck yeah!

Either that, or he was referring to that time he began dating Lambert even though he was still married to first wife Kaynette Williams. But who knows! 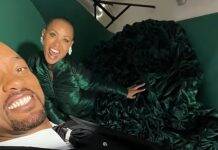