Once Marilyn Monroe said “if you don’t love me at my worst, you don’t deserve me at my best.” And although, at the time, the words of 50’s icon were meant to inspire and uplift, today, Internet has lowered the phrase to meme status, using “before and after” pictures to represent growth and improvement.

And since no one is safe when it comes to memes, it was only a matter of time before the comedian and writer Midny Kaling became Internet’s victim.

Twitter user Ishita Yadav used a photo of Kelly Kapoor from “The Office” from an episode when she looked miserable and exhausted from a diet cleanse and compared it to a recent photo of Mindy Kaling looking stunning on a red carpet event.

And although Yadav’s meme caused a stir in the social media, Twitter got even more excited about Mindy’s amusing response. “I don’t get this. I’m equally pretty in both,” Kaling wrote in a tweet that in less than 24 hours has garnered up to 88,055 retweets and almost half a million likes.

We still can’t decide what we love more, if Mindy’s response to this hilarious meme or her moving reaction to B.J. Novak’s dedicatory post on Twitter. 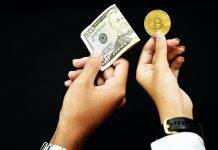