The Oscar winning director, who has three Oscars under his belt, felt that films that had been made by Netflix were being given a short cinematic release which was enabling them to qualify for the awards. He called this service: “a clear and present danger to film-goers”.

Netflix is inventive in its production and has offered a comprehensive alternative to old-fashioned moviegoing, however the jury is still well and truly out when it comes to the question about whether it is deserving of Oscar nominations. Another industry insider critical of Netflix’s nominations is John Fithian, The President of the National Association of Theatre Owners, the trade organisation representing the nation’s movie theatres: “We see Netflix as basically trying to use theatres as a marketing platform for awards and to get their subscribers juiced about their movies. But we don’t see them seriously interested in the business of theatrical exhibition”.

Vanity Fair Magazine takes a somewhat different stance by branding Netflix “A Film Force to be reckoned with”.

So while it may, at times, seem that very little happens in Hollywood without Netflix these days, it appears that even the streaming giant’s influence and wealth have not yet been enough to buy entrance into Hollywood’s most elite club. And until Netflix can find its way into Tinseltown’s inner sanctum, they will continue to be the best frenemy Hollywood’s big studios have ever had. 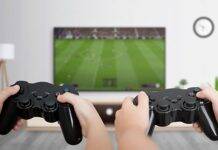