Blake Lively has unfollowed husband Ryan Reynolds on Instagram and deleted all her photos with him—well, and every other post on her feed too, for that matter.

On Monday, Blake Lively went on a mysterious social media cleanse, leaving behind a blank page that reads: “What happened to Emily?…”. And that wasn’t the only changes she made to the account, as she’s now only following 28 people—al of whom share the name Emily Nelson, much to their bemusement.

But don’t worry, there’s no trouble in paradise for the blonde stunner and her Hollywood hunk. There’s also no criminal hacker involved. The strange revamp is just Blake taking a page out of Taylor Swift’s PR book to promote her latest film, A Simply Favor.

In the thriller—which is set to be released on September 14 this year—, Lively plays a missing woman named Emily Nelson. She stars alongside Anna Kendrick who plays a mommy blogger desperately trying to uncover the truth behind her best friend’s disappearance. Mystery solved, people!

And if you still have doubts she’s is just trying to generate buzz about the movie—which, by the way, is totally working—, a post of Blake playing hangman that seems to spell out the movie reference that is now her Instagram bio will probably make her puzzling social media activity clearer. That, or the trailer of the movie she just posted to her Instagram. 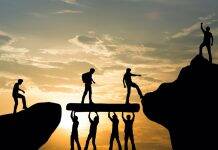