There’s a new casting rumor floating around about the Marvel universe. Jake Gyllenhaal is currently in talks to join the upcoming Spider-Man: Homecoming sequel as the film’s primary antagonist.

According to The Hollywood Rerpoter, the actor would play Mysterio, a classic villain from the Spider-Man canon. The character first appeared in 1964 and was created by Stan Lee and Steve Ditko. Though he’s one of Spider-Man’s oldest foes, this would be the first time the villain appears in any Marvel live-action film.

Mysterio, whose real name is Quentin Beck, is a special effects creator and stuntman in Hollywood who becomes a supervillain specialized in illusions—exactly the type of villain the Marvel Cinematic Universe needs, according to ComicBook.com.

“With Loki and Thanos likely out of the picture after Avengers 4, Marvel will need some other big bads to step in and cover multiple movies,” they report. “Given their skill sets, characters like Dormammu and Mysterio could be solid additions to the MCU, and they could become the connective tissue of several different heroes’ franchises moving forward.”

Tom Holland’s Spider-Man is one of many characters who disappeared after the Thanos snap in Avengers: Infinity War, but there are plenty of reasons to believe those characters will return in the Infinity War follow-up next May — just in time for Spider-Man to appear again a couple of months later.

The Homecoming sequel is scheduled for release on July 5, 2019. 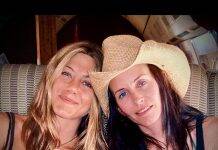