Beef? No. This is a sick slaughter. Just when we thought wars between rappers couldn’t generate anything more than yawns, here comes Pusha-T to K.O. Drake with the release of his ruthless diss track The Story of Adidon.

With the drop of Pusha-T’s DAYTONA last week came a diss track aimed specifically at Drake – Infrared. On the song, Pusha takes aim at Drake for using a ghostwriter. Less than 24 hours later, Drake unleashed “Duppy Freestyle”, firing shots back at Pusha-T as well as Kanye West.

But that’s exactly what Pusha wanted. He baited Drake with one weak bar on his album an Drizzy fell for it.

The evening of May 29 brought forth a clap back of epic proportions entitled The Story of Adidon. To begin with, the single’s artwork depicts Drake in blackface, allegedly an unaltered photo taken by David Leys for a Jim Crow Couture clothing campaign for a brand called Too Black Guys a decade ago.

On the vicious track, Pusha comes for Drake at every angle – dissing his parents, referring to his trusted producer Noah “40” Shebib’s Multiple Sclerosis, his rumored deal with adidas, and, most notably, claiming that he’s a deadbeat father to a secret son that he allegedly had with former adult film star Sophie Brussaux.

And though none of Pusha’s accusations have been yet confirmed, if there’s one thing we’re sure of is that Drake has to come back hard AF. His next response has to be an absolute chess move. We can only imagine him sitting at home abusing his ghost writers while he plays the track on repeat.

As we wait for the clapback, let us continue to entertain ourselves as hell breaks loose with the release of Pusha-T’s The Story of Adidon. Check out some of the best reactions to the beef of the year in our photo gallery above. 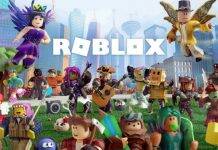