Jared Leto is set to reprise his, uh, unique take on the Joker. The actor, who played the iconic villain in 2016’s Suicide Squad, would star and executive produce a standalone Clown Prince of Crime movie.

Plot details of the yet untitled DC Comics film are currently under wraps as Leto and the studio are still searching for writers.

The announcement of a Joker-centric movie is a big win for Leto, who was extremely disappointed to see so little of his Joker in Suicide Squad. “There were so many scenes that got cut from the movie, I couldn’t even start,” he told IGN. “We did a lot of experimentation on the set, we explored a lot. There’s so much that we shot that’s not in the film.”

Critics and fans, however, thought his version of the iconic villain was nothing but a gangster with a clown makeup fetish, that paled in comparison to Jack Nicholson and Heath Ledger’s take on the role.  So maybe this is Jared’s chance to vindicate himself.

The solo film, under Warner Bros, will be set in the Suicide Squad universe, unlike the Todd Philips’ Joker movie, which is already in the works and has nothing to do with Leto. Set to be produced by Martin Scorsese, the project—that’s being pegged as an origin story—will potentially star Joaquin Phoenix as Batman’s arch-nemesis.

Going against the uber-talented Joaquin Phoenix? I don’t know that Jared Leto’s Joker is up to the challenge. This movie already seems like a bad idea.

Top 10 movies with Chris Pratt, the birthday boy of the... 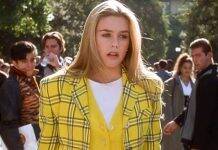 Alicia Silverstone celebrates 27 years since the premiere of “Clueless”