The Duff family is getting bigger by the minute! Just three days ago, Haylie welcomed her second child, baby girl Lulu Gray, with fiancé Matt Rosenberg. And now it looks like her famous little sis is expanding her clan, too.

“Guess what guys! @matthewkoma and I made a little princess of our own and we couldn’t be more excited!!!!” the actress captioned the picture. Koma shared the same snap on his own page, gushing over Duff in his caption. “We made a baby girl!” he marveled. “She will be as beautiful and sweet as her mother… @hilaryduff another incredible chapter begins.”

Duff and her musical beau have been dating on and off for about two years. News that the couple had decided to give their old love a new shot broke on October, when the Disney alum shared pictures of her birthday celebration, where Matthew made an unexpected yet exciting appearance.

Back in December, Duff open up about her intermittent relationship with Koma during an interview with The Talk. “It’s going so great,” she said. “[It’s] the third time that we’ve dated. Timing is such a big deal…”

Well—it seems that third time really is the charm for these two! 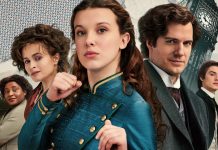