According to reports, Chalamet is in final negotiations to take on the lead role in Villeneuve’s adaptation of Frank Herbert’s Dune, with Forrest Gump’s screenwriter Eric Roth penning the script, which is expected to span at least two films.

Should everything go according to plan, Chalamet will portray Paul Atreides, a prominent figure in the first two novels of the Dune series, who had previously been portrayed by Kyle MacLachlan in director David Lynch’s 1984 adaptation.

Chalamet is coming off a breakout year in 2017 where he earned an Oscar nomination for his starring role in Luca Guadagnino’s film Call Me By Your Name, and has since stacked up roles in Greta Gerwig’s Lady Bird and Woody Allen’s A Rainy Day In New York. Chalamet will also star in the 2019 Netflix movie The King in the role of Henry the V, alongside Robert Pattinson.

With his looks and acting chops, maybe Timothée Chalamet has got what it takes to back up this remake of the distant future story about a feudal interstellar society and have it not be the critical and box office flop that the 1984 adaptation by Twin Peaks’ director David Lynch was, which even failed to recoup its $40 million budget.

So watch out, MacLachlan, Timothée Chalamet is coming for you! 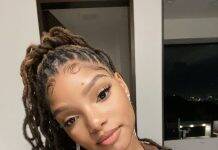