Constant criticism and made up news stories is the entertainment industry’s bread-and butter. And though most stars have grown thick skin when it comes to dealing with the spotlight and don’t let anything get to them, there’s only so much hate a celebrity—who, you know, also has feelings and all—can take.

SNL alum Pete Davidson has been under attack by her fiancée’s fans for mental health reasons, making an inappropriate joke about the horrible Manchester attack at her concert, for “re-gifting” her with his later father’s FDNY pendant, and basically, everything that has happened since the beginning of their rushed relationship. And though Davidson has tried to fight back haters on social media, it’s possible he’s just had enough.

Sunday night, Pete commented on Ari’s tribute to her late grandfather and called him a “cutie.” His comment caused a stir among Arianators who were quick to tell him that his response was highly inappropriate. However, while many thought he was complimenting his fiancée, Pete clarified he was in fact acknowledging her grandfather.

“Are you guys all insane? I was talking about how cute her granpa is. What’s wrong with that? You guys will really look for anything to attack people. Its sad.”

Just hours after the backlash he received, the funnyman ceased to exist on Instagram, deleting every single photo he’s ever posted to his page, including all the pics with his pop star soon-to-be wife.

Understandably, people on the internet started playing detecting trying to figure out whether this meant there is trouble in paradise. But rest assure, for Peter himself has stated that he’s simply tired of the internet being, well, the internet.

“No, there’s nothing wrong. No, nothing happened. No, there’s nothing cryptic about anything,” Davidson posted to his Instagram Story Monday afternoon. “I just don’t wanna be on social media anymore — or any social platform. The internet is an evil place, and it doesn’t make me feel good. Why should I spend any time on negative energy when my real life is f— lit? The fact that I even have to say this proves my point. I love you all, and I’m sure I’ll be back at some point.”

Not only that, but we also happened to notice Ariana Grande’s Instagram appears to be malfunctioning as well, with an “error” message welcoming us to her page every time we try to load her photos.

Does this mean she’s deleted all of her pictures too? Will they stop sharing their relationship on social media? Are we going to miss pictures of their impending August wedding? You guysss, we’re lost without your Instagram feeds! Please come back! 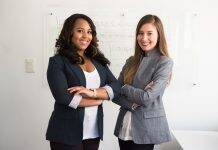