There’s a very thin line between appreciation and appropriation, and we’re not sure if America’s favorite white boy has crossed it.

Zac Efron has pulled a page out of Kim Kardashian’s cultural appropriation book. The actor posted a picture to his Instagram page sporting a head full of dreads. “Just for fun,” he captioned the picture that, despite accumulating over nearly 1.5 million likes on Instagram in less than 24 hours, has stir a heated debate on social media.

“What in the cultural appropriation is going on? Troy, get your nonsense head in the bloody game,” someone Tweeted. “If I could unsee I’ve ever seen in my entire life, I’d unsee the photo of Zac Efron with dreads,” another Twitter user said.

And though hundreds are accusing the High School Musical star of cultural appropriation give that dreadlocks are mostly worn by people of color, Zac’s most loyal fans seem to think that the actor can do no wrong.

Well—being that hot isn’t going to save you from this one, Zac. Here are some of the reactions that Efron’s racially insensitive dreadlocks have unleashed on Twitter. It remains to be seen how Zac will respond to this backlash. 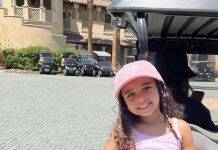