The actress and her 12-year-old daughter Violet Affleck had to be rescued after they got lost and pulled out to sea during a mom-and-daughter kayaking adventure in Stockholm, Sweden.

The shared the terrifying experience on Instagram. “On a pre-middle-school sneak away with my eldest… Did I get us lost in a kayak? Yes. Did we paddle as hard as we could for 100 hours and end up in a shipping lane? I’m afraid so. Did we have to be rescued? Yup,” she wrote.

Luckily for Jenn and her daughter—who, mind you, was a trooper throughout the ordeal, as Garner hashtagged the post with #shenevercomplained—, Mattias, a kind stranger from the kayak rental company, was there to rescue them before things really got scary.

“If you’ve seen my post today… This is Mattias! Our Savior! Thank you,” the 46-year-old mom captioned a grateful selfie with they kayaking guardian angel she posted to her Instagram Stories.

The misadventure was good practice for Garner’s role in her upcoming 2019 HBO series. She’s starring in a new, eight-episode comedy called Camping, in which she plays one half of a married couple who go on an outdoor trip that goes awry. Sounds oddly familiar… doesn’t it, Jenn? 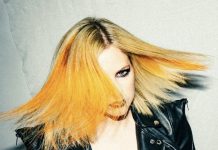 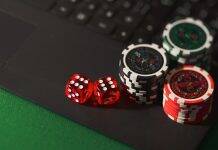