Zellweger will play a character named Ann, which will explore the ripple effects of “what happens when acceptable people start doing unacceptable things,” according to the press release. The anthology drama series, from Revenge and Swingtown creator Mike Kelley and producer Robert Zemeckis, will consist of 10 episodes, 60 minutes in length.

Described as a social thriller, each season will focus on a different mortality tale inspired by culturally consequential source material, and the power of a single fateful decision to change the trajectory of an entire life.

Zellweger follows in the footsteps of a number of high-profile film stars to take the leap into the growing world of TV, including Winona Ryder on Stranger Things, Sir Anthony Hopkins on Westworld, Amy Adams on Sharp Objects and Reese Witherspoon and Nicole Kidman on Big Little Lies.

A premiere date for What/If has not been set yet. For now, however, Zellweger is working on her latest film, a big-screen eponymous biopic about Judy Garland, in which she plays the late Hollywood star. 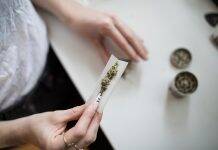