Bill Cosby’s sentence is a historic win for global movements against sexual assault. But he’s not the first star to go to prison.

After 13 years and two trials, the once beloved star was sentenced to 3 to 10 years in a state prison for drugging and sexually assaulting a woman over a decade ago. And so, Cosby becomes the first celebrity in the #MeToo era to go to prison.

“No one is above the law,” said Judge Steven O’Neil in sentencing the comedian. “No one should be treated disproportionately because of who they are, where they live, or even their wealthy, celebrity or philanthropy.”

Bill Cosby’s sentence is the latest to be added to a long list of celebrities who have faced the law. And while there are some stars who are constantly bouncing in and out of jail (we see you, Lindsay Lohan), just like Cosby, there are also few who have actually served time behind bars.

Click through our photo gallery above to learn all about Bill Cosby’s sentence and the verdicts against other 10 celebrities, forcing them to serve time in prison. 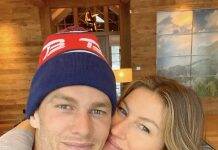 Tom Brady turns 45 and receives tribute from Gisele Bündchen: “You...