Because, apparently, Kylie Jenner has never heard of Google or Pinterest, the newly-minted mom took to Twitter to ask her fans for some help.

“Any ideas on what me and Stormi should be fore Halloween? I’m Stuck,” she confessed to her followers. And since 25.5 million heads think better than one, Kylie bots came up with some pretty uh-mazing costume ideas.

While some of them were very mom-daughter appropriate—like Cruella De Vil and a dalmatian or Kanga and Roo from Winnie the Pooh—other costume suggestions were nearly as hilarious as Forbes calling Kylie a self-made millionaire (although that one still takes the cake for most ridiculous joke of the year.)

Click through our photo gallery above to see the internet’s spookiest funniest submissions for Kylie and Stormi’s matching Halloween costumes. October 31st couldn’t come any faster! 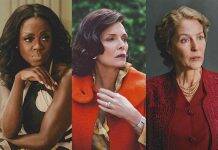 Emily Ratajkowski Marries Bear-McClard After Dating For Two Weeks And The... 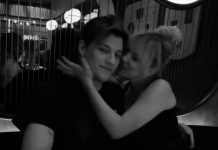 Have Robert Pattinson And Kristen Stewart Rekindled Their Love? Twitter Is...