From now on, when you say Bad Gal’s name, make sure you put “Her Excellency” in front of it, because Rihanna was named Ambassador of Barbados.

The government of the Caribbean Island has appointed Rihanna Ambassador Extraordinary and Plenipotentiary of Barbados. According to Prime Minsiter Mia Amor Mottley, the international star’s duties will include “promoting educations, tourism and investment” for her home country.

And while her new special role truly is an honor, Rihanna’s new facet shouldn’t come as a surprise, given that she’s already raised the country’s profile thanks to her artistry, only that now she will do so in a more official manner.

Understandably, the Rihanna Navy is happy she is finally getting the official recognition she deserves now that Rihanna was named Ambassador of Barbados. This really adds to her her already glittering resumé. 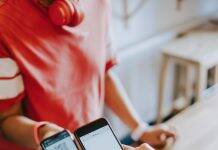