Shia LaBeouf and Mia Goth are getting divorced after six years together. But apparently the actor has already moved on with someone else.

Back in October 2016, Shia LaBeouf and Mia Goth got married in a Vegas chapel during an Elvis-themed ceremony that was lived streamed across the world. And though it was rumored they weren’t actually legally wed, a rep for the actor has now confirmed Shia and his wife “have filed for divorce.”

“The separation is amicable and all details pertaining to the divorce proceeding will remain private,” the statement reads.

The two met on the set of the actor’s upcoming new film Honey Boy, a semi-autobiographical film based on his upbringing as a child actor.

So, Shia LaBeouf and Mia Goth are getting divorced, but he’s already dating FKA Twigs. Meanwhile, poor Goth and Pattinson are stuck with each other while they work the festival circuit for their new film High Life. Awkward alert!

At least the film is receiving glowing reviews… 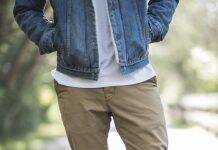