So let’s set the record straight: Yes, Shawn Mendes did date Hailey Baldwin and no, he’s not gay.

The Canadian pop star opened up about both topics in Rolling Stone’s December cover story, in which he got candid about his romance with the now Mrs. Bieber and the ongoing internet rumor that he’s gay.

“I’d like to say I don’t care about it, but that’s not true,” he said of his fans speculating about his sexuality. He even called the rumors a “massive, massive thing” that has followed him “for the last five years.”

“In the back of my heart, I feel like I need to go be seen with someone—like a girl—in public, to prove to people I’m not gay,” he said. “Even though in my heart I know that it’s not a bad thing, there’s still a piece of me that thinks that. And I hate that side of me.”

Perhaps that’s why he was photographed holding hand with Hailey Baldwin last spring, sparking rumors of an alleged romance. Despite their endless PDA and their insinuating Instagram posts together, the pair consistently denied the relationship.

But now, after months swearing the curious press they were just friends, Mendes is finally admitting they were, in fact, more than that. Although he’s not exactly sure what they were. “I don’t even wanna put a title on it,” he said. “I think it was more of a zone of limbo.”

Hailey got out of that limbo zone pretty quickly, however, when she got engaged to Justin Bieber just a month after making her red carpet debut with Mendes. But given that he sent her a text congratulating her, we think it’s safe to say Shawn doesn’t hold any grudges against her.

After all, he’s Canadian, so it is in his blood to be nice. And yes, that is a reference to his song In My Blood. Thank you very much. Khloé Kardashian Is Having a Baby Boy! 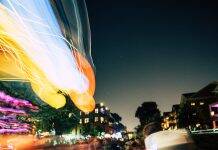 “Flowers” breaks record as the most listened to song in less...