We’ve seen him in countless video games, he’s been the star of one of the longest-running comic books, and has even cameoed in Wreck it Ralph. But Sonic The Hedgehog doesn’t look exactly like we remember him in the recently revealed teaser poster for the new Sonic movie.

Though Sega’s version of the character is famously said to be inspired by classic cartoon characters like Mickey Mouse and Felix the Cat, the first poster for the new Sonic movie shows a much more human-like hedgehog. His arms and legs look heavily muscled, for starters. And there’s also the issue of all that fur.

Sure—his new movie takes places in the real world. But we’re so used to Sonic being a cartoon character that Paramount Picture’s realistic interpretation of Sega’s iconic mascot has Twitter divided.

Click through our photo gallery above to see all the reactions to the first poster for the new Sonic movie. Gotta go fast… away. Because our poor friend Sonic looks terrifying. 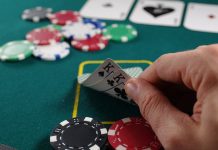