SHUT UP! Amelia Mignonette Thermopólis Renaldi will make her great comeback in The Princess Diaries 3.

Anne Hathaway has revealed that the script for the third installment of our favorite modern day princess movie is complete. Hathaway not only confirmed she wants to make the movie, but also that Julie Andrews and producer Debra Martin Chase are on board with her. “We all really want it to happen,” the actress said.

However, right after getting fans all excited, Anne Hathaway warned The Princess Diaries 3 will take a bit longer to get off the ground and won’t magically go in production next week. “It’s as important to us as it is to you,” Anne Hathaway explained, adding, “we don’t want to deliver anything until it’s ready, but we’re working on it.”

The first movie premiered in 2001, launching Hathaway’s career to stratosphere. The second installment of the movie and our last visit to Genovia, Royal Engagement, premiered in 2004.  So, yes, fifteen years is a long time to wait. But waiting a little longer to see Mia again on the big screen shouldn’t be a problem.

After all, a queen is never late, everyone else is simply early! 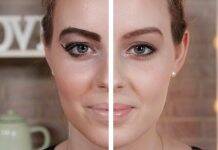