After months of speculation, the actor himself has confirmed his relationship with his Bohemian Rhapsody co-star Lucy Boyton. During the Annual Palm Springs International Film Festival, Rami Malek thanked his girlfriend as he received the Breakthrough Performance Award.

Though they arrived separately at the event and posed on the red carpet alone, the 37-year-old’s acceptance sweet acceptance speech was all the confirmation we needed of their romance.

“I’m just really honored to be here, so thank you to the Palm Springs Film Festival. It’s a privilege, it’s not lost on me and I’m so appreciative,” he said. He then addressed the actress directly: “Thank you, Lucy Boynton. You have been my ally, my confidant, my love. Thank you so much.”

Rumors that Rami Malek is dating Lucy Boynton began swirling around in April. “They met while filming Bohemian Rhapsody in London,” a source told Us magazine at the time. “He is so into her. He goes and visits her in London all the time.”

The news of their romance, however, shouldn’t come as a surprise, as this isn’t the first time Malke has romance a costar. Before being hit with a crazy little thing called love with Boynton, Rami dated his Mr. Robot costar Portia Doubleday for several years before their split last year.

Seem like Rami gained much more than just praises for his portrayal of Freddie Mercury! 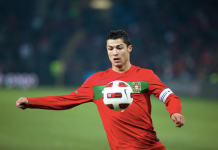