Paris Jackson broke her conspicuously silence on social media to hit back at reports that she’s checked herself into a treatment facility for “emotional health.”

The only daughter of the late King of Pop clarified in an Instagram post that she’s just taking “break from work and social media.” She wrote: “The media is exaggerating per usual… yes, I’ve taken a break […] because it can be too much sometimes, end everyone deserves a break.”

She further added: “I’m happy, healthy, and better than ever.”

Jackson, who was just 11-years-old when her father suddenly died in 2009, often speaks about her struggles with depression. During an interview in 2017, the 20-year-old model said she slashed her writs in a 2013 suicide attempt.

On Tuesday, multiple outlets, including Entertainment Tonight and People magazine, reported that Jackson had checked herself into a treatment facility to “aid in her wellness plan” and “reboot, realign and prioritize her physical and emotional health,” according to an anonymous source.

Contrary to false reports, Paris Jackson is excited about the future, as she went on to reveal that her band, The Soundflowers, has “some new music” coming out that they are “stoked to share” with fans. 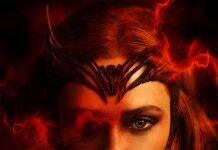