21 Savage’s arrest isn’t funny and (most of) Twitter agrees.

21 Savage was arrested over the weekend by U.S. Immigration and Customs Enforcement. The rapper, who has long claimed to be an Atlanta native but is now said to be of British nationaly, was arrested during a target operation and is expected to be deported, according to ICE.

In response to the unexpected arrest, people have taken to social media. Some’s initial reaction was to make jokes at the rapper’s expense. Others, however, found 21 Savage’s arrest not-at-all funny.

Click through our photo gallery above to see the wide range of reactions to the shocking apprehension of 21 Savage. 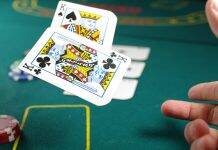