Hollywood is always game for a surprising career turn. We never would have imagined John Krasinski would evolve from his beloved role as Jim Halpert on The Office to become a successful dramatic actor and budding directing talent. There was little warning before Matthew McConaughey’s True Detective–Dallas Buyers Club one-two punch (now known as “The McConaissance”). And now we’re gearing up to see Zac Efron, who already progressed from teen heartthrob to hilarious comedy actor, taking on the role of Ted Bundy.

For the most part these kinds of surprises are thrilling for film fans. We grow attached to our favorite talents in the industry, and when a known actor tries something new, and does it successfully, it’s typically a joy to watch. So, building off of the examples just given, who are some other young movie stars we’d like to see more range and different roles from?

Chris Pratt is about as beloved as a young movie star can get. From his lovable goofball role Andy Dwyer on the show Parks & Recreation, through his revival of the Jurassic Park franchise and entry into the Marvel Universe, he’s always been easy to like, and easy to root for. It’s for this reason that he’s said to be one of the most in-demand actors in Hollywood. At the same time though, we have yet to see a truly serious role from Pratt in a big-time movie. He had a small role in Zero Dark Thirty, and there may have been an attempt with Passengers, but that was essentially his lone flop. He will appear in a 2019 Western about Billy the Kid (called The Kid), and we’d like to see a few more serious roles from him as well – mixed in with some more of his typical persona of course.

Though she’d appeared in a few television roles previously, Shailene Woodley really had her breakthrough in 2011’s The Descendants. She was wonderful as the troubled daughter of George Clooney’s character Matt King, and appeared to have a boundless future ahead of her. Since then, while she’s delivered some terrific performances, she’s almost boxed herself into a corner as a teen drama heroine. The Spectacular Now and The Fault In Our Stars didn’t exactly expand her range, and the Divergent series is essentially her version of Jennifer Lawrence’s Hunger Games phase. She does a very nice job as Jane Chapman in the hit TV show Big Little Lies, but we’d like to see her move past her young adult fiction adaptation stage on the big screen. It’s time for Woodley to emerge as the serious, powerhouse dramatic actor she’s shown the potential to become.

An argument can be made that Henry Cavill had a very underwhelming first few years in the spotlight. His take on Superman was stale and lifeless, to the point that most people seem to wish DC would just start over, and even video game takes on the modern heroes don’t embrace Cavill’s image. Today’s online casinos thrive on creating cutting-edge games relevant to pop culture, yet among other superhero examples resembling the latest films, you’ll still find Superman games featuring Christopher Reeve’s image. Cavill was also somewhat forgettable in the disappointing Immortals (which was actually before Man Of Steel), and ineffective in The Man From U.N.C.L.E.. However, he was spectacular in 2018’s Mission: Impossible – Fallout, largely because he seemed to be allowed to craft a character rather than play a stiff, defined role. It brought his potential back to the surface but, since he seemed to have fun with it, it also made us wonder if a comedic pivot is in play.

Hailee Steinfeld absolutely exploded onto the scene when she starred in the remake of True Grit back in 2011. Through that role she joined the list of young nominees for major awards, and was specifically nominated for Best Supporting Actress at the Academy Awards. The sky appeared to be the limit, and the mere fact that she got her big start in a Coen brothers film seemed to pencil her in for a path through serious dramas and award-worthy features. Her career since has been much the opposite. With the exception of the lovable indie comedy The Edge Of Seventeen, Steinfeld has mostly acted in spring and summer popcorn flicks: the Pitch Perfect sequels (which helped launch her side music career), Ender’s Game, and Bumblebee, for instance. Steinfeld is now 22 years old though, and a return to dramatic form would be welcome with audiences. She’s dabbled in a few other things, and at this point she’d be making a turn toward more serious acting.

Tom Holland is terrific. He became a lot of fans’ favorite Peter Parker/Spider-Man more or less the second he first appeared on screen in the Marvel Cinematic Universe, and he appears to be one of that Universe’s key members moving forward. Like Steinfeld he’s only 22 years old, and he seems well on his way to becoming one of the most lovable figures in Hollywood. That said, you haven’t really seen what he can do unless you’ve gone back to watch The Impossible. This film had some issues that probably kept it from being a particularly big deal (namely, it replaced a non-white family in a true story with all-white actors). But Holland, despite being just a kid, is absolutely wonderful in his role. That, more even than his recent roles, showed that he’s got serious chops. We’d love to see him burst out of the MCU to do something else alongside it, whether it’s a major drama or even a comedy. He seems to be capable of anything. 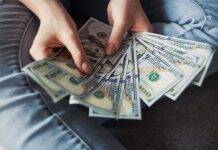