The first Aladdin trailer, which aired during the 2019 Grammys, show the first glimpse of Smith in the CGI version of the Genie. And let’s just say fans would use all three wishes to make it go back to lamp.

Disney’s latest live-action had already sparked controversy over its casting, starting a larger conversation about representation in Hollywood. The new Aladdin trailer, however, is now under fire because of how the blue immortal looks like.

Many fans were not impressed with what they saw and were quick to say so on social media. Click through our photo gallery above to see the funniest reactions to the new Aladdin trailer. 10 seconds watching this trailer will give you such a crick in the neck! 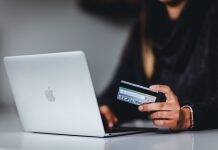