A Drake and Josh reboot is officially in the works, according to former co-star Drake Bell.

Speaking on the red carpet at the iHeartRadio Music Awards last week, Bell revealed to PEOPLE that he and on-screen brother Josh Peck are in talks with several networks for the new show. “I’m excited. I think we have a great idea,” Bell said.

While the singer kept the overall concept of the project hush-hush, he did explain is going to be something different than what you are probably expecting. “Is going to be way more creative, way cooler than just you know the college years or something like that,” Bell explained.

The news of the Drake and Josh reboot put an official end to their brief falling out in 2017, after Bell was not invited to Peck’s wedding and made his displeasure public via twitter. Fortunately, the on-screen brothers later made up at the VMAs.

Despite their rocky relationship Drake said he’s excited to be working with Josh again. “We’ve known each other for s long, and it really is once in a lifetime in this industry that you get to work with somebody and it clicks like that.” 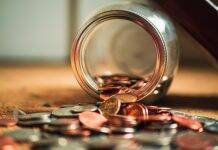