After a year-long break from acting, Jennifer Lawrence’s new movie puts an end to her hiatus from the big screen. The Oscar-winning actress is set to star in a secret film backed by A24 studio and IAC FILMS.

The project is being set up as the feature filmmaking debut of Lila Neugebauer, and acclaimed Broadway director. “It is an intimate film that wants to be close to the bone and wants to be quite personal,” Neugebauer shared without giving away any important details about the plot. “It’s something that I’ve hoped to do and has been in the back of my mind for some time now.”

Much to everyone’s surprise, Jennifer Lawrence announced her decision to take a break from acting in 2018 to be able to work on her political activism and social work. And though she hasn’t worked for over a year, fans will get to see Lawrence back on the big screen this summer, when the final X-Men movie opens June 7.

As for Jennifer Lawrence’s new movie, the yet-untitled project will begin production sometime around mid-June, with shooting taking place in New Orleans. 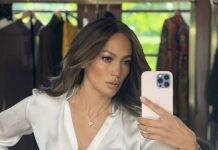