Will the Paris Hilton and Lindsay Lohan feud ever be over? During her appearance on Watch What Happens Live, Paris Hilton played “Plead the Fifth” with host Andy Cohen, who challenged her to say three nice things about her former friend, Lindsay Lohan.

Paris first started with a fairly vague answer, saying the Parent Trap star is “beyond.” “That’s good,” Cohen said, seeking the positive in what the socialite had said. “That’s pretty nice for you to say she’s beyond.”

However, Paris quickly threw the “if you don’t have anything nice to say” saying out of the window and immediately added that Lindsay Lohan is also “lame and embarrassing.”

The Paris Hilton and Lindsay Lohan feud has been going on for years. However, Paris isn’t losing too much sleep over her lack of friendship with Lindsay Lohan, though.

Hilton has reconnected with her old BFF (and former assistant), Kim Kardashian in a major way over the years. Not only did she model as her clone for Kanye West’s Yeezy’s campaign, but she also recently invited Kim to star in her latest music video.

“I just did a video called My Best Friend’s A** and had the most infamous a** in the world in the video,” the model-turned-DJ proudly said. “And her a** is hot. I love it.”

While Paris Hilton may not know what paying a compliment is, she sure is an expert on turning rekindling a friendship into straight cash. 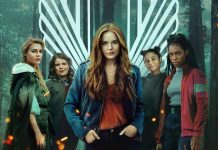 ‘Fate: The Winx Saga’ Canceled by Netflix After 2 Seasons 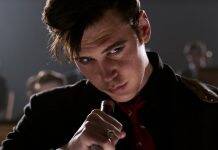