Joe Jonas and Sophie Turner’s new matching tattoos pay the ultimate tribute to their late dog Waldo. The musician and the actress immortalized their precious fury child, Waldo Picasso Jonas, who was hit and killed by a car while on a walk in New York City.

Both Jonas and his wife took to Instagram to share their new heartfelt body art—a tattoo of the Alaskan Klee Kai’s sweet face on their arms.

“R.I.P. my little angel,” the Jo Bro captioned the fresh ink, surrounded by a number of his many other tatts. The Game of Thrones star also took to her Instagram, where she posted a Story of her identical tattoo, which she captioned “I miss you, Waldo. Rest in Peace my little baby.”

The newly weds adopted Waldo, along with his brother Porky, in April 2018. “They’ve [flown] internationally, they’ve got passports. They’re the bougiest dogs I’ve ever met,” Joe said of his dogs in December. “Porky is a maniac, a wild man. And Waldo’s really shy.”

Tattoo artist responsible for Joe Jonas and Sophie Turner’s new matching tattoos is Drago, of Bang Bang Tatoo, who shared photos of the couple getting their tribute ink on Monday.

Let’s hope their next visit to the tattoo parlor isn’t this unfortunate! 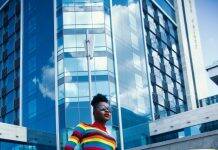