He was known for his role as Carlos, the teenage son of Cruella de Vil in the Disney Channel franchise Descendants, and the mischievous Luke Ross in the TV show Jessie. But who was Cameron Boyce?

As we mourn the sudden death of the beloved Disney star, we pay tribute to the 20-year-old with a list of 10 facts you may not know about the late Cameron Boyce. The young actor will be greatly missed. 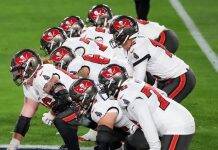 The Internet Is Divided Over Queen Elizabeth’s Gold Piano